'Like the possibility of arrest, the threat of violence is implicit in every police encounter,' writes Kristian Williams in Our Enemies in Blue. 'Violence, as well as the law, is what they represent.' This acclaimed and influential book, now in a revised and updated new edition, draws on history and detailed research to make a provocative but convincing argument about the nature of law enforcement in the United States. To order your copy today make a donation to Truthout!

The following is a Truthout interview with Kristian Williams, Author of Our Enemies in Blue: Police and Power in America.

MARK KARLIN:Your book, Enemies in Blue: Police and Power in America, is nearly six hundred pages, thoroughly documented and cogent. Let’s start with the word “power” in your title. Given the recent technological advances that have documented police murders, beatings and violence, a lot of attention has been focused on individual police officers. However, who do you argue is the power that condones the abuse of police powers?

Enabling individual abuses, there are the other officers who don’t report it, the supervisors who fail to discipline subordinates, the commanders who set policy, the prosecutors who refuse to press charges against cops, the mayors and city councils who fund police departments but don’t provide for meaningful oversight, the legislators who pass laws criminalizing poverty, the federal officials who provide military hardware to local departments – the list could go on. The point is that there is a whole apparatus at work, keeping the police on the streets doing what they do. The responsibility for abuses, then, lies at least as much with the institution as with the individual cops.

The problem isn’t just that certain cops overstep their bounds. It’s that there are systemic biases, such that the police tend to behave in ways that favor powerful group and harm marginalized groups. Policing, and the abuses of police power, tend to reflect and reinforce social inequalities. So long as that’s the case, powerful people don’t have a lot of reason to hold the police in check.

How does racism and the treatment of people of color as disposable people by the police fit in?

Since the origins of the institution – before the modern municipal police, in fact; since the time of the slave patrols – the cops’ main job has been the control of people of color, and the black population especially. That was true under slavery, and segregation, and it’s true now. The law has changed, but white supremacy persists, and the police function has remained remarkably stable. It is hardly surprising, then, that the police watch, harass, stop, search, arrest, hurt, and kill people of color at a scandalously disproportionate rate.

In turn, how do these egregious policies integrate into the burgeoning of the prison-industrial-complex?

The police are the entry point into the criminal legal system. They are the part that most aggressively penetrates the community, intrudes into our lives, conducts surveillance, and makes arrests. Incarceration, and for that matter probation and parole, typically begin with a police encounter. The fact of racial profiling is one factor – and, I think, a very important one – leading to the vast over-representation of people of color behind bars.

What are the intersectional policing results when it comes to people of color and class?

In addition to the racial aspect, there is a strong class component to policing. That, too, goes all the way back to the institution’s origins, since slavery was not only a system of racial oppression but also one of economic exploitation. As cities industrialized and capitalism modernized, the police were put to the task of disciplining the new, largely immigrant working class. The laws that they enforced were largely class-coded, when not simply a matter of criminalizing poverty. Nineteenth century laws criminalized vagrancy – in other words, unemployment. Today, laws against panhandling and sleeping in the park have the same effect. Even seemingly neutral laws, like those against public drinking or turnstile jumping, inevitably capture much larger numbers of poor people than the well off.

Historically, what role have the police played in working on behalf of corporate interests, particularly in relation to unions. worker protests and the suppression of the Occupy movement, for example? 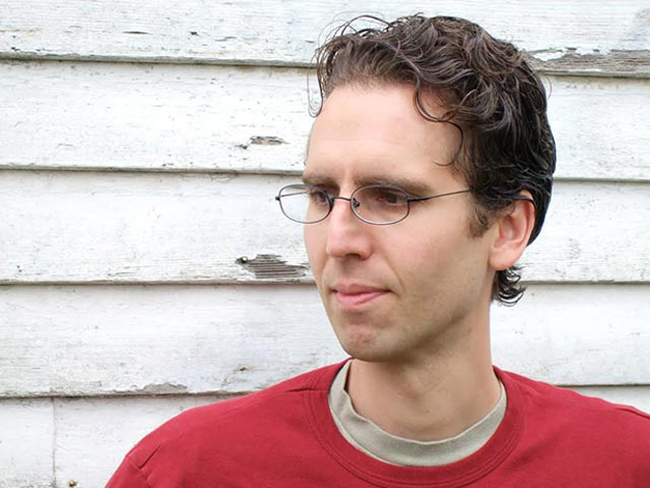 Kristian Williams. (Photographic Credit; AK Press)
Police were the traditional enemies of unions in the nineteenth and early twentieth centuries. They commonly served as strike-breakers, attacking picket lines, protecting company property and scabs, and arresting union organizers on a pretense or for “conspiracy.” At times the police have acted more or less like the private army for industry, and at other times some businesses just hired private guards and had them deputized with police powers. The most famous example was the Coal and Iron Police, which later became the Pennsylvania State Constabulary. Its whole purpose for existing was to break strikes. More recently, Smithfield Foods used armed guards to intimidate their workers during a union campaign, and had the company goon squad designated a “special police agency” under North Carolina’s Company Police Act.

Clashes between cops and unions became somewhat rarer over the past few decades, but that has more to do with a decline in union militancy than with any shift in the role of the police. We can still see something of their traditional role, however, in response to things like the Occupy movement. The raids on the camps and mass arrests were only part of the story. The violent climax followed weeks of continuous surveillance, petty harassment, infiltration, slander in the media – a whole low-intensity campaign intended to make the camps unlivable and draw support away from the movement.

In the short term, the heavy-handed tactics were clearly counterproductive. The first police attacks against the Occupy movement only brought it more attention and support. In the slightly-longer term, though – well, the movement only lasted a couple of months.

Given the ever-technologically advancing military state – and the full-blown emergence of the surveillance state – in the US, isn’t it inevitable that the tactics of the police will become more indistinguishable from those of the armed forces?

It’s not just a matter of tactics and technology. Police training, strategy, ideology, their organizational model – all those have been militarized, to a greater or lesser degree, since the seventies. The SWAT raids and armored personnel carriers are just the most obvious representations of a much deeper shift in domestic policing. That shift came as a direct response to the unrest of the sixties – the Black freedom struggle, especially. And it’s still underway. Only now the transfer of repressive techniques works in both directions. The military sends advisors to Salinas to direct the local anti-gang campaign, and the Marines send recruits to train with the LAPD gang squad so that they can learn the basics of counterinsurgency. Honestly, I’m not sure which is more troubling.

Aren’t police forces – and the powers behind them – enormously selective about who gets to exercise First Amendment rights without getting harassed or arrested?

Of course. Historically, there seems to a permanent bias against dissent from the left, and more leniency toward the right – even when the right has been more prone to violence. That follows from the greater bias favoring the interests of the powerful. The left, with its orientation toward equality, inevitably threatens the position of powerful people. That is pretty much the point. The right only does so only occasionally. Hence the left, even its most avowedly pacifist elements, is treated as a kind of existential enemy and is subject to very broad repression. The right, in contrast, even at its most militant, is targeted more selectively. Again, if we look at that from the perspective of the law or public safety it seems completely irrational. But if we begin with an analysis of power, it makes perfect sense.

That opens up a larger question. Given the untold number of local, county and state statutes, who determines what laws police enforce? After all, look at Sandra Bland being arrested (and ultimately dying) “for improperly signaling a lane change” – or Eric Grant for selling a cigarette on the street and ending up being choked to death by the police?

The police have enormous amounts of discretion, not only in terms of which laws get enforced, but where and when and against whom. The disproportionate attention paid to poor people and people of color is one result of that discretion. And with increasing emphasis on very minor “public order” offenses, that use of discretion has become almost a police philosophy in itself. With strict enough laws, it becomes possible to find some reason to stop, question, and search almost anyone at almost any time. The fact that the cops use such laws, overwhelmingly, to stop, question, and search poor people and people of color tells us something about what their priorities are.

Your afterword is entitled “Making Police Obsolete.” Can you share some of your suggestions?

What I did was I looked at historical cases, both here and overseas, where social movements responded to police abuse and neglect by taking on some of the responsibility for public safety. I looked at examples from the labor movement, the civil rights movement, gang truces, and feminism in the US, and from the anti-apartheid movement in South Africa and the independence movement in Northern Ireland. On the whole, most of those experiments were oriented more toward a restorative or transformative model of justice than a retributive or punitive one – meaning that they were more focused on addressing the harm done and changing the underlying dynamics rather than catching bad guys and making them pay. Beyond that, their level of success or failure depended very much on how well their efforts matched the immediate needs of the local community and, likewise, to degree to which the surrounding community regarded them as legitimate. One result is that there isn’t anything like a single model. But it is possible to distill some basic principles and, while none of the examples are perfect, I think the possibilities they point to are very hopeful.

Mark Karlin is the editor of BuzzFlash at Truthout. He served as editor and publisher of BuzzFlash for ten years before joining Truthout in 2010. BuzzFlash has won four Project Censored Awards. Karlin writes a commentary five days a week for BuzzFlash, as well as articles (ranging from the failed “war on drugs” to reviews relating to political art) for Truthout. He also interviews authors and filmmakers whose works are featured in Truthout’s Progressive Picks of the Week. Before linking with Truthout, Karlin conducted interviews with cultural figures, political progressives and innovative advocates on a weekly basis for ten years. He authored many columns about the lies propagated to launch the Iraq War.

This piece was reprinted by EmpathyEducates with permission or license. We thank the Author, Kristian Williams, Interviewer, Mark Karlin and TruthOut for their kindness, awareness, and sensitivity to a vital issue, Abusive Powers and a System That Condones the Actions.