Harriet Tubman and the Monetization of Black History

Harriet Tubman and the Monetization of Black History

In recent years, false notions of progress tend to dominate public conversations around 'diversity' and 'inclusion.'

By William C. Anderson | Originally Published at TruthOut. April 21, 2016 00:00 | Photographic Credit; Harriet Tubman. (HB Lindsley / Library of Congress)
There’s a strange irony in printing the image of someone who spent her life on the run because she was worth money onto money itself, as a supposed honor. This hasn’t stopped the US Treasury Department from announcing a change replacing Andrew Jackson with Harriet Tubman on the face of the $20 bill. While many people see the change as progressive and indicative of respect, others have taken issue with the contradictions therein. Capitalism, bolstered by slave labor and steadily craving more chattel, showed the US Bill of Rights and the Constitution to be fictional documents. 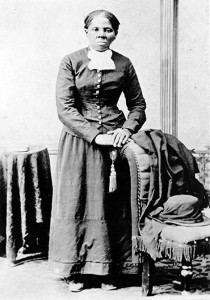 Now, as Tubman is chosen to grace US currency, we see the latest chapter of a never-ending saga of consumption. Black people were and still are for sale; Black history is for sale; and Black culture, too, is always for sale.

Andrew Jackson — whose image will remain on the back of the $20 bill — was a horrible president, to say the least. He was a man dedicated to murder, despair, oppression and genocide. His face, like the faces of many other US presidents, haunts onlookers who know what commemorating such a person means. Those who gladly welcomed the murder, enslavement and degradation of my ancestors as well as others’ ancestors stare at us regularly from money, statues, state buildings, street names and more. This is a regular fact of everyday existence in the United States.

The canon of capitalism tells us we should respect money more than anything and cherish our right to use it freely. Therefore, putting someone’s face on a bill would be seen by many as a great honor. However, money is exactly what drives much of the worldwide trauma that capitalism creates. Consequently, since Andrew Jackson was a slaver, purveyor of Indigenous genocide and ruthless military man, having his face on the $20 bill seemed quite appropriate.

The canon of capitalism tells us we should respect money more than anything…However, money is exactly what drives much of the worldwide trauma that capitalism creates.

If the general consensus were that money is something filthy and that capitalism is a crisis, there would be no question about the problems with putting Harriet Tubman’s face on a piece of money. This is not the case. Money is something we need to function societally, something we aspire to attain and something we often cherish when we have it. It’s money’s necessity in our everyday lives that will make many view Tubman’s presence as a respectful representation. Yet, it’s the continuous creeping of corruption, environmental decimation and ruthless accumulation that argues otherwise. The overwhelming wealth inequality, racialized poverty and gender pay gap that pervade this country expose the “honor” bestowed upon Tubman as a blatant mistruth.

In recent years, false notions of progress tend to dominate public conversations around “diversity” and “inclusion.” From the election of sitting President Barack Obama (who will likely be blamed by bigots as if he single-handedly chose Tubman) to this change of face in currency, these symbolic acts become scraps to appease populations hungry for justice.

Moreover, monuments, commemorations and efforts to represent Black people and our history often become engines to build capital. Civil rights tourism allows travelers from around the world to visit the places where Black people have been killed, enslaved and brutalized while merely trying to secure some stability in an economy and social hierarchy that excluded and marginalized them. Today, visitors to places like Selma’s annual Bloody Sunday commemoration can buy civil rights products and attend often expensive events to their heart’s content, while reflecting on a tragic “past.” The Martin Luther and Coretta Scott King Unity Breakfast this year in Selma was $50 general admission and $500 per table. In a recent report titled “Still a City of Slaves — Selma, in the Words of Those Who Live There,” the Guardian reported:

[is] still around twice the national average. Wages in Selma (as for African Americans nationally) also badly lag the country, with the median family income at roughly $25,000 — half that of the US average.

There are countless theories offered by academics and politicians about why African Americans disproportionately suffer higher joblessness and lower wages — a lack of education, dependence on manual labor, technological shifts — but to many Selma residents those theories are just excuses for racism.

In Memphis, Tennessee, you can go to the very spot where Martin Luther King Jr. was murdered and see a monument to him — as well as to the bank sponsors who didn’t hesitate to advertise on the property. Memphis, which has the highest energy cost burden in the country, has struggled with a devastating poverty rate for years, with 30 percent living below the poverty line. Just over 13 percent of lower-income households’ income in Memphis is spent on energy.

The same is true in many other Black historical landmark cities across the country. In terms of poverty, the cities that closely follow Memphis for most household income spent on energy are Birmingham, Atlanta and New Orleans, according to the Pittsburgh Business Times. These are three cities that make a lot of money on civil rights tourism, and their rich Black histories in general. It’s quite distressing that in cities that market their history of brutality against Black people to visitors, the descendants of those very people are disproportionately impoverished and struggling to pay their bills. Plus, these Southern states (especially Alabama and Louisiana) are filled with wretched prison systems where Black people are killed, tortured and brutalized, just as Black people have been here for centuries.

In Memphis, Tennessee, you can go to the very spot where Martin Luther King Jr. was murdered and see a monument to him -- as well as to the bank sponsors who didn't hesitate to advertise on the property.

There’s no realm of existence where Black people can escape so that our bodies aren’t taken advantage of on earth. Both sides of the political “spectrum” are intent on criminalizing Black communities and subjecting them to state-sponsored violence, and they often agree on making money off of the history of anti-Black violence as well. It shouldn’t come as a surprise that a Black liberator is being used for money when many have already been making money off of our histories of struggle at every turn.

Now, in the case of Harriet Tubman, she is being made into money. Her face will be placed among men who would have sold her, killed her and committed other egregious acts of violence against her if they would have had the chance. She was a Black woman whose strength seemed endless. She is not being honored by being placed on a weakening dollar.

Black people have been through incredibly distressing times, and if we know anything, it’s that we cannot always depend on money. When times have gotten rough for Black people, we’ve always depended on our self-determination for our freedom. It’s this realization that leads me to ask: Why put a value on a people, a history and a culture that’s absolutely priceless?

This piece was reprinted by EmpathyEducates with permission. We thank the Author, William C. Anderson and TruthOut for a heartfelt and insightful essay.