After a surge of teen violence in the early 1990s, some social scientists predicted the future was going to be a whole lot worse. Reality proved otherwise. Click on the image above to view the video.
By Clyde Haberman | Originally Published at The New York Times. April 6, 2014

As the police and prosecutors in Brooklyn tell it, Kahton Anderson boarded a bus on March 20, a .357 revolver at his side. For whatever reason — some gang grudge, apparently — he pulled out the gun and fired at his intended target. Only his aim was rotten. The bullet struck and killed a passenger who was minding his own business several rows ahead: Angel Rojas, a working stiff holding down two jobs to feed his family of four.

Not surprisingly, the shooter was charged with second-degree murder. Not insignificantly, prosecutors said he would be tried as an adult. Kahton is all of 14.

That very young people sometimes commit dreadful crimes is no revelation. Nor is the fact that gang members are to blame for a disproportionate amount of youth violence in American cities. But it is worth noting that in Kahton’s situation, no one in authority or in the news media invoked a certain word from the past with galvanic potential. That word is “superpredator.”

Had this Brooklyn killing taken place 20 years ago, odds are that some people would have seized on it as more evidence that America was being overwhelmed by waves of “superpredators,” feral youths devoid of impulse control or remorse.

Their numbers were predicted as ready to explode cataclysmically. Social scientists like James A. Fox, a criminologist, warned of “a blood bath of violence” that could soon wash over the land. That fear, verging on panic, is the subject of this week’s segment of Retro Report, a series of video documentaries that examine major news stories from years ago and explore what has happened since.

What happened with the superpredator jeremiads is that they proved to be nonsense. They were based on a notion that there would be hordes upon hordes of depraved teenagers resorting to unspeakable brutality, not tethered by conscience. No one in the mid-1990s promoted this theory with greater zeal, or with broader acceptance, than John J. DiIulio Jr., then a political scientist at Princeton. Chaos was upon us, Mr. DiIulio proclaimed back then in scholarly articles and television interviews. The demographics, he said, were inexorable. Politicians from both major parties, though more so on the right, picked up the cry. Many news organizations pounced on these sensational predictions and ran with them like a punt returner finding daylight. 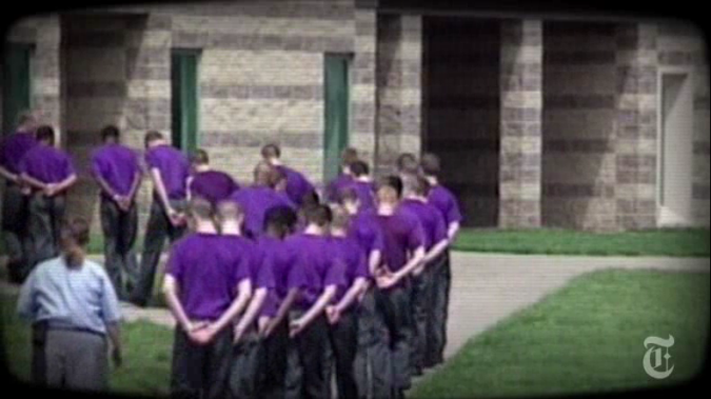 But a funny thing happened on the way to the apocalypse. Instead of exploding, violence by children sharply declined. Murders committed by those ages 10 to 17 fell by roughly two-thirds from 1994 to 2011, according to statistics kept by the Justice Department’s Office of Juvenile Justice and Delinquency Prevention. Mugged by reality, a chastened Mr. DiIulio has offered a mea culpa. “Demography,” he says, “is not fate.” The trouble with his superpredator forecast, he told Retro Report, is that “once it was out there, there was no reeling it in.”

It certainly had consequences. It energized a movement, as one state after another enacted laws making it possible to try children as young as 13 or 14 as adults. (New York had such a law even earlier, and it is now being applied to Kahton Anderson.) Many hundreds of juveniles were sent to prison for life, though in the last few years the United States Supreme Court has ruled that such sentences must not be automatic, even in murder cases. Individual circumstances and possible mitigating factors should be weighed, the justices said.

Inescapably, superpredator dread had a racial component. What the doomsayers focused on, in the main, were young male African-Americans. For Steven A. Drizin, a law professor at Northwestern University writing for The Huffington Post last September, the deep-seated fear that any black teenager in a hoodie must be up to no good was essentially what got Trayvon Martin killed in Florida two years ago.

But how to explain the decline in youth violence? 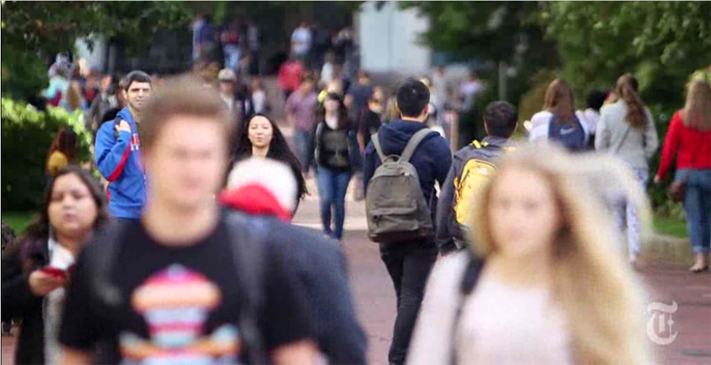 Various ideas have been advanced, like an improved economy in the late ‘90s (never mind that it later went south), better policing and the fading of a crack cocaine epidemic. A less conventional — not to mention amply disputed — theory was put forth by some social scientists who argued that the Supreme Court’s 1973 ruling on abortion in Roe v. Wade had an impact. With abortions more readily available, this theory went, unwanted children who could be prone to serious antisocial behavior were never born.

The superpredator scare fit neatly with a “lock ‘em up and throw away the key” approach to rising crime that had taken hold even before the ‘90s. Many states are now moving in the opposite direction, if only because incarceration is expensive, in both its human toll and its burden on strapped government budgets.

Still, closing prisons is fraught with political peril. Maximum-security prisons in New York State, for example, are typically located in more or less rural areas, and are filled with inmates from New York City. Downstate crime produces upstate jobs, for corrections officers and others. So, even in an era of declining crime, any attempt to reduce the state’s inventory of prison cells runs into resistance from upstate elected officials.7

Fears about predators, super or not, have not entirely disappeared. Of late, some are concerned about what is called “the knockout game.” It involves a young man or group of young men punching a stranger on the street. This is cast essentially as a black-on-white crime, perhaps a gang initiation rite. No question, such assaults have taken place. But are they part of an organized “game”? In New York, the police seem unsure if they amount to more than isolated incidents.

As for superpredators, not everyone has abandoned the notion. In the ‘90s, Mr. DiIulio called those youngsters “remorseless” and “impulsive,” describing them as unburdened by “pangs of conscience.”

Hmm, said Richard Eskow. Or words to that effect. Mr. Eskow, a senior fellow with the Campaign for America’s Future, wrote for The Huffington Post two years ago that he knew a group of people who matched those very descriptions. They were, he said, the reckless bankers and Wall Street high rollers who almost brought the United States economy to its knees a few years ago.

The video with this article is part of a documentary series presented by The New York Times. Click on the image above to view the video. The video project was started with a grant from Christopher Buck. Retro Report has a staff of 13 journalists and 10 contributors led by Kyra Darnton, a former “60 Minutes” producer. It is a nonprofit video news organization that aims to provide a thoughtful counterweight to today’s 24/7 news cycle. Previous Retro Report videos can be found here; and articles here.