Twelve parents from Bronzeville and allies from communities across Chicago launch a hunger strike in front of Dyett High School to call out the injustice suffered at the hands of CPS and the appointed Board of Education and to insist on the adoption of the Global Leadership and Green Technology plan for Dyett.
Please Donate

We don’t only have “leaders” who betray the people we have elected officials who betray the people. Today, we want to [begin by talking] about one has been impotent in relation to the struggle of children at Dyett High School, who has been absolutely useless in fighting for the children in this community. It is an outrage, an insult to everyone in Bronzeville. It is incredulous that officials [Christian Mitchell, 26tth District State Representative] would stand anywhere and say he fought to keep this school open. To have the nerve to smugly say you have been concerned about this school is an outrage.

It was an insult to everyone in Bronzeville not only the folks that have sacrificed for the last nineteen days and who have gone without food. When the people of the community stood up and said “We want an elected representative School Board” he had the nerve to publicly say Community folks are not perhaps not competent enough to serve on the School Board…That is not the kind of leadership we need!

The Coalition to Revitalize to Dyett and the Dyett hunger strikers have a response for Mayor Rahm Emanuel and the Chicago Public Schools, “Not only were we not involved in the process to determine which school would be there that was determined in back rooms …

Indeed, word of the “decision” first came in a telephone conversation. Chicago Public School CEO Forrest Claypool called Jitu Brown, one of the hunger strikers, who at the time was a thousand miles away. Jitu was in Washington District of Columbia preparing to meet with the United States Secretary of Education, Arne Duncan. The plan was to speak about the situation in Bronzeville and what the community needed. Suddenly, around 2:15 PM 15 minutes before the CPS press conference, Jitu Brown’s phone rang. Upon receiving notice of the ostensible “compromise” He heard, or was told “It will be an Arts School with a Technology focus. Jitu asked “What process was that?” …Disappointed but not surprised, Jitu Brown, who is one of hunger strikers said, “You should be prepared to negotiate.”

“We want the world to know that Rahm Emanuel and Chicago Public Schools [CPS] does not respect or care about the voices of Black families! You don’t go in Lincoln Park and have sham hearings. You don’t go into Lincoln Park and take people’s proposal and then at the last minute do a switch-er-roo. And then provide a patronage situation for the same people that we knew were trying to get these schools in the first place.”

“That only happens when you view children as instruments of property! That is the Black and Brown Communities. ”

“We will have a world-class neighborhood High School in this community! It will begin the process of the voices these people being honored and respected! You are not valuable enough. You are not smart enough. you do not love these children more than we do!”

We are open to negotiation. We are open to talking. We talked with the Reverend Jesse Jackson, He will negotiate the following demands on our behalf

The Coalition to Revitalize Dyett Wants to be Sure…

1. Great morning at Rainbow Push! Thank you for the love Reverend Wilson and Jonathan Jackson!

2. Thank you PARENTS FOR TEACHERS for inviting us to the circus today! 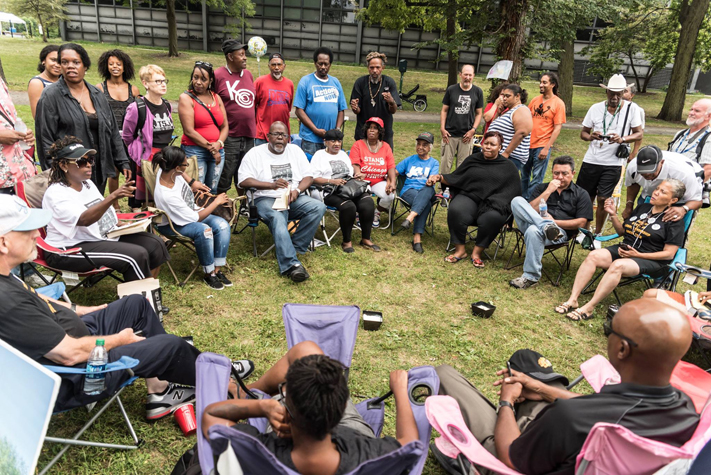 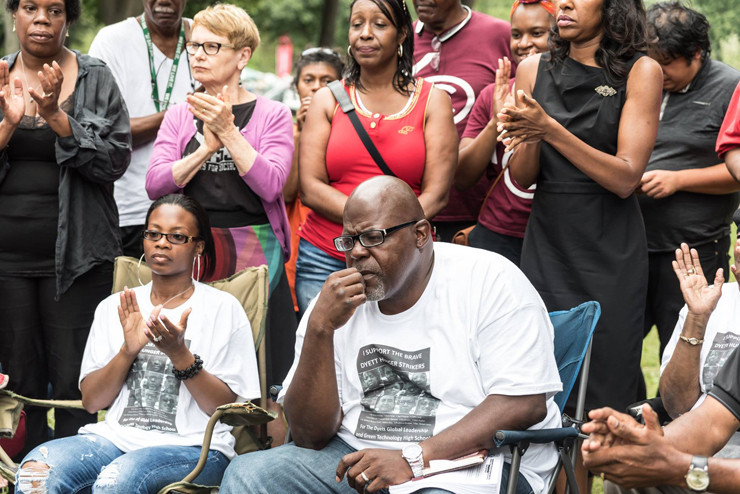 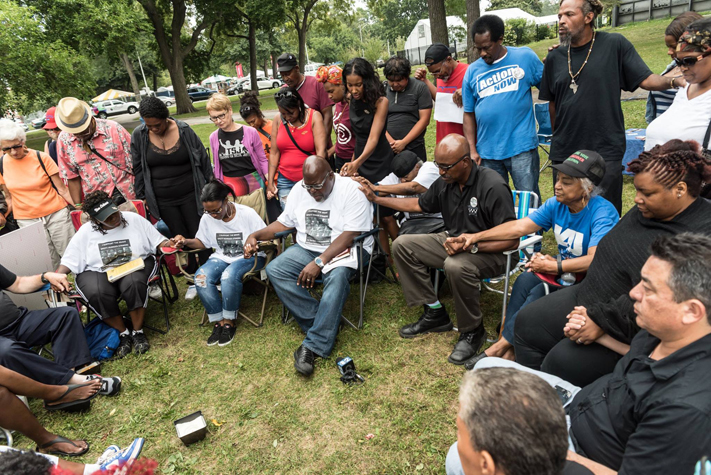