For as long as I can remember, I’ve been getting braids and twists and everything in between done to my hair. In my toddler years my head was a home for those infamous ponytails with balls that slapped me in the head. My pre-teen years were consumed with half-up half-down braided styles and my parents finally allowed me to wear long, jet black box braids and Senegalese twists in high school. Simply put, protective styles have defined my childhood and maturing hair experiences.

But, even though I begged to wear these types of styles as I got older, I hated them as a child. All the time, I begged my mom to let me straighten my hair and wear it “regularly” to school. Regular, in this case, meant flowing locks instead of my braids and noisy hair beads.

Before I was old enough to know about privilege dynamics, I still knew what the standard of beauty was. I knew what is “regular” in our society. And I knew that I wasn’t it. I knew that, even had my mother let me wear my hair straight, I still wouldn’t be white. 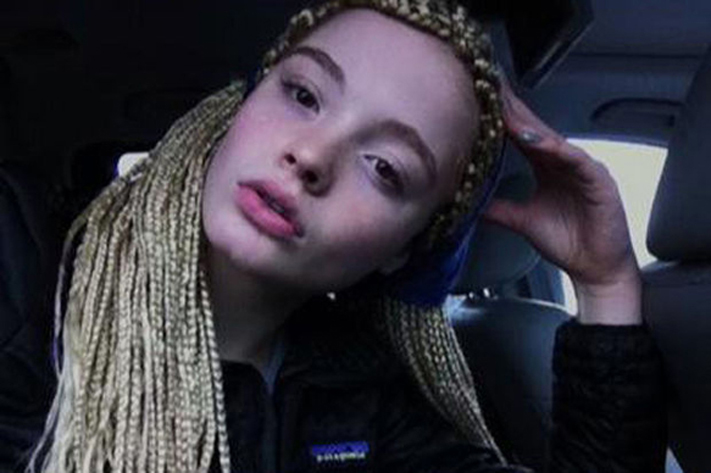 When 12-year-old Mallory Merk, a White girl somewhat popular from Vine, debuted her “box braids,” I, along with many other Black women, was very disoriented. Twitter erupted in arguments on the right of Merk to wear a traditionally Black hairstyle. A prevailing argument was “Why does it matter if she’s white? It’s JUST hair.”

But, because of both the historical treatment of Black cultural elements and the constant appropriation of a great deal of creations by Black women, it is not just hair.

Quite frankly, we don’t yet live in a world and society where Black hair isn’t political. Black women don’t yet have the privilege of our hair not making radical statements. And at the end of the day, the anger expressed wasn’t directed specifically towards Merk. It was directed towards the reigning double standard in acceptance of Black creations on White bodies. 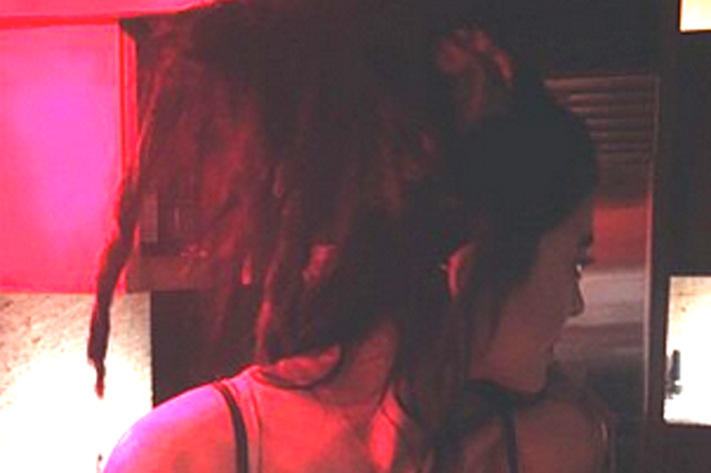 But what is wrong about this? She’s just expressing herself, right? She’s just having fun with her hair, right?

When Black people, especially Black women, create something, it isn’t rare for said creations to be hated and later stolen by privileged communities. Phrases we have coined have often been co-opted. Fashions we have donned have often been imitated. Our hairstyles, inherently exquisite, have been written of by mainstream society as “ghetto.” Our aesthetic has been labeled as “exotic” and “other.” But our creations and traits are, more often than not, symbolic of how we endure and adapt. They are important.

Just as fast as society will invalidate our creations, it will steal and erase us from them. And when we create boundaries, we are met with hostility and indignation, as if we are unable to say “no.”

This is a real life, every day thing for countless Black women. To see characteristics hated on us in turn be lauded as fashionable when a White woman dons it is beyond upsetting. It is yet another testament of how Black women are societally seen as separate.

Ethnic hairstyles are still stigmatized as unprofessional and unacceptable – when they are on Black bodies, that is. Blue Ivy and Beyoncé can’t hear enough from others that Blue’s hair isn’t “done” enough to be out in public. However, for the Cosmo writer, it’s fun to credit wearing “one giant faux loc,” because she didn’t “detangle before bed last night.”

Wild, untamed hair is able to be a fun joke for the writer, Jenner and other White women. But for 12-year-old Vanessa VanDyke who faced full-blown expulsion from school? Not so much.

It is not, nor has it ever been, “just hair.” Not when my protective style is still an exotic pastime for Elle Magazine’s readers. When we as Black women decide to wear our hair unapologetically, we unsettle the status quo and all that is deemed normal. We non-verbally claim ownership to our creations and characteristics.

Our hair is discourse…a political and cultural signifier. It has stood the contest and violation. Black hair makes a revolutionary statement even when it is not the intention. It’s not just for fun.

And it definitely isn’t trendy.

Sierra Boone is an undergraduate pursuing a degree in Journalism and African American studies at Northwestern University. A developing womanist, she enjoys laughter, children and carbs. Interact with Sierra on Twitter @Sierra_Writes.

This piece was reprinted by EmpathyEducates with permission or license. We thank the Author, Sierra Boone for her kindness, reflection, and for sharing a reality we believe is essential for a truer reflection.