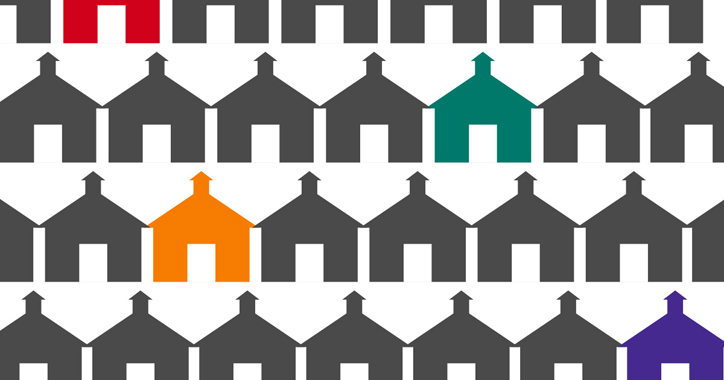 A Department of Justice investigation found that Georgia is giving thousands of kids with behavioral issues a subpar education and putting them in the same run-down buildings that served black children decades ago.

By Marian Wang | Originally Published at ProPublica. July 29, 2015, 2:02 PM | Illustration Credit; Hannah Birch/ProPublica
Georgia has been illegally and unnecessarily segregating thousands of students with behavioral issues and disabilities, isolating them in run-down facilities and providing them with subpar education, according to an investigation by the U.S. Department of Justice.

Some of the students in the program were schooled in the same inferior buildings that served black children in the days of Jim Crow. The investigation found that many of the buildings lack gyms, cafeterias, libraries, labs, playgrounds and other amenities.

But what the Justice Department found in Georgia is something that persists across the country: Schools continue to inappropriately segregate students with a range of behavioral needs and disabilities.

In Georgia, schools were quick to move children out of mainstream classrooms, the Justice Department noted. In some cases, students were recommended for placement after a single incident or a string of minor incidents, such as using inappropriate language with a teacher. Parents reported feeling pressured into agreeing to the placements.

In fact, many students who were placed in what’s called the Georgia Network for Educational and Therapeutic Support, or GNETS, didn’t actually need to be there, the Justice Department said. Most could have stayed in their neighborhood schools if they’d been given more behavioral or mental-health support. “Nearly all students in the GNETS Program could receive services in more integrated settings, but do not have the opportunity to do so,” the letter said.

What’s more, because the state has set up a system that tilts toward providing services in segregated settings, the letter said, Georgia “undermines the availability of these services in more integrated settings.”

This isn’t the first time that the GNETS has drawn scrutiny. In 2010, a state audit found that the programs “are not held accountable for student performance” and questioned their cost effectiveness. Earlier, in 2004, a 13-year-old boy in the program hanged himself while held for hours isolated in a room.

Advocates have long been critical of the quality of services offered by the network.

“We have seen many, many clients whose behavior gets significantly worse in GNETS,” said Leslie Lipson, an attorney with the Georgia Advocacy Office. “We’ve seen kids who are significantly behind their peers for no other reason than lack of instruction. We’ve seen students who are great football players or involved in student government or band who are sent to GNETS and have no opportunities to be part of their community.”

The Justice Department threatened the state with a lawsuit if the problems are not corrected. It called on the state to redirect services, training and resources to move students with behavioral challenges back into general-education schools.

In particular, it suggested increasing access to mental health services by locating mental health clinics “at or near schools” to provide services to students who would otherwise be at risk of being referred to more restrictive, segregated settings.

Have tips on treatment of students with disabilities? Email us at Education@propublica.org.

Marian Wang was a reporter for ProPublica, covering education and college debt.

ProPublica is a Pulitzer Prize-winning investigative newsroom. Sign up for their newsletter.

This piece was reprinted by EmpathyEducates with permission or license. . We are grateful to the Author, Marian Wang, and to ProPublica for the research, reporting, and for an invitation to enter into a vital conversation. We also wish to express thanks to the Illustrator. Hannah Birch, who bedazzles us with her ability to tell a story with a picture.