Chicago Mayor Rahm Emanuel is up for reelection tomorrow, promising to continue his campaign against public education in the city.

By Rebecca Rojer | Originally Published at Jacobin. February 23, 2015
Tomorrow, Chicago Mayor Rahm Emanuel is facing reelection. Responsible for appointing both the CEO and school board, Emanuel exercises enormous control over the city’s public schools. Under his leadership, Chicago shut down forty-nine public schools in 2013.

“The School Closure Playbook” is a video essay about Emanuel’s education policies, and how they have served as a prototype for a broader neoliberal campaign against public schools. The coordinated, bipartisan, billionaire-led effort is outlined in documents such as the Gates Foundation’s “The Turnaround Challenge” and the Broad Foundation’s “School Closure Guidebook.”

This “playbook” leverages a sense of crisis to convince the public that there is no alternative but shuttering traditional public schools and opening charters, often after centralizing power in the hands of a single mayor or governor.

This video explores how Chicago’s education “reformers” manufactured a budget crisis through a combination of creative accounting, secretive tax schemes, and media cooperation. It then looks at the dramatic consequences of school closures, the corruption endemic to privatization, and the community organizing that developed to regain control of schools and fight for public education. 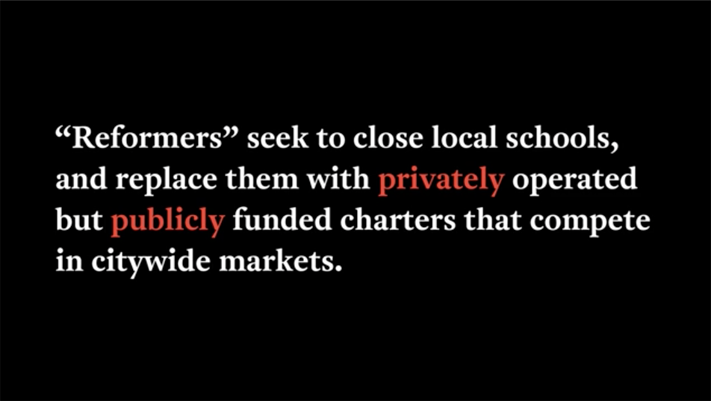 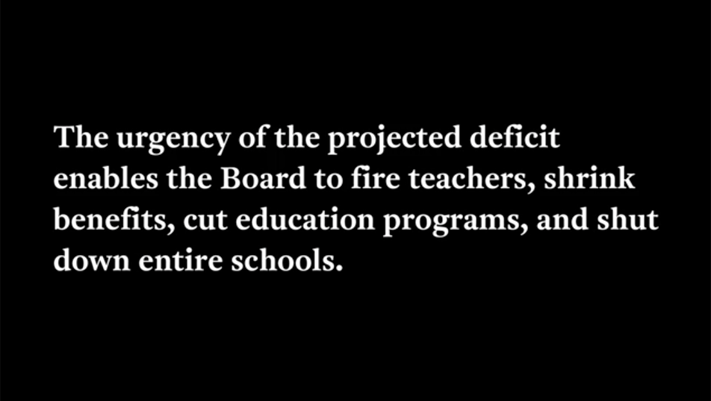 Rebecca Rojer is the multimedia editor of Jacobin.

This piece was reprinted by EmpathyEducates with permission or license. We thank the Author, Filmmaker, Rebecca Rojer and Jacobin Magazine. for their kindness, research and what we believe invites a vital conversation.

The School Closure Playbook — A Work in Progress
Closed for Good is a short documentary in progress that tells the story of two very different families in Chicago, connected by a turning point in their children’s lives, when their neighborhood public school closes and they must deal with the realities of navigating an underfunded school system.