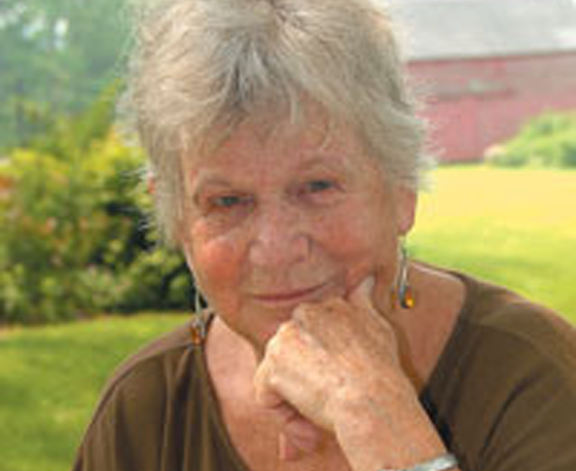 Deborah W. Meier currently serves as the Chair of Save Our Schools Board. She taught in urban K-12 public schools for near fifty years. Deb founded nationally-renowned public schools. She is also also a Board member and Director of New Ventures at Mission Hill, on the Board of FaitrTest and The Coalition of Essential Schools.

Currently, Deb is on the faculty of New York University’s Steinhardt School of Education, as senior scholar and adjunct professor. She also has her own website, deborahmeier.com and blogs weekly with different colleagues on Bridging the Differences via Education Week

Ms Meier has spent more than four decades working in public education as a teacher, writer and public advocate. She began her teaching career as a kindergarten and HeadStart teacher in Chicago, Philadelphia and New York City schools. She was the founder and teacher-director of a network of highly successful public elementary schools in East Harlem.

In 1973 Meier started Central Park East and then CPE II and River East, K-6 schools in East Harlem’s District 4. In 1985 she founded Central Park East Secondary School, a New York City public high school in which more than 90% of the entering students went on to college, mostly to 4-year schools. During this period she founded a local Coalition center, which networked approximately fifty small Coalition-style K-12 schools in the city.

Between 1992-96 she also served as co-director of a project (Coalition Campus Project) that successfully redesigned the reform of two large failing city high schools, and created a dozen new small Coalition schools. She was an advisor to New York City’s Annenberg Challenge and Senior Fellow at the Annenberg Institute at Brown University from 1995-1997.

From 1997 to 2005 she was the founder and principal of the Mission Hill School a K-8 Boston Public Pilot school serving 180 children in the Roxbury community.

The schools she has helped create serve predominantly low-income African-American and Latino students, and include a typical range of students in terms of academic skills, special needs, etc. There are no entrance requirements. These schools are considered exemplars of reform nationally and affiliates of the national Coalition of Essential Schools founded by the late Dr. Ted Sizer and currently led by George Wood.

A learning theorist, she encourages new approaches that enhance democracy and equity in public education. Meier is on the editorial board of Dissent magazine, The Nation and the Harvard Education Letter. She is a Board member of the Educational Alliance, the Association of Union Democracy, Educators for Social Responsibility, the Panasonic Foundation, and a founding member of the National Board of Professional Teaching Standards, the North Dakota Study Group on Evaluation and the Forum for Democracy and Education, among others.

Meier was born April 6, 1931 in New York City; she attended Antioch College (1949-51) and received an MA in History from the University of Chicago (1955). She has received honorary degrees from Bank Street College of Education, Brown, Bard, Clark, Teachers College of Columbia University, Dartmouth, Harvard, Hebrew Union College, Hofstra, The New School, Lesley College, SUNY Albany, UMASS Lowell, and Yale. She was a recipient of the prestigious MacArthur Fellowship in 1987.

Her books, The Power of Their Ideas, Lessons to America from a Small School in Harlem (1995), Will Standards Save Public Education (2000), In Schools We Trust (2002), Keeping School, with Ted and Nancy Sizer (2004) and Many Children Left Behind (2004) are all published by Beacon Press.